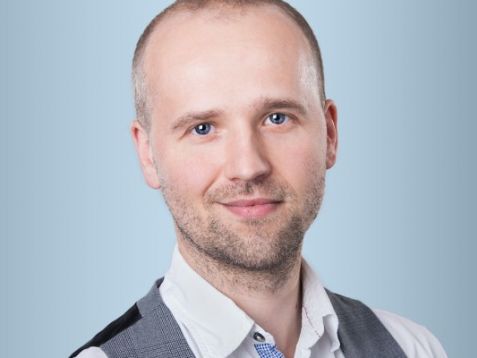 Almost from the moment the Internet came into existence, cookies have served to collect user data. It was, and essentially it still is, a great tool but, unfortunately, its use has become unbelievably widespread.

Nearly every entity on the online advertising market has used cookies for targeting, retargeting, displaying advertisements or creating behavioural users’ profiles. There have been situations and websites where several dozen different entities were saving cookies. And now browser providers have finally decided to change this situation and the argument they put forward is concern for user privacy.

It appears that the days of third-party cookies are numbered – they will disappear from the Internet and share the same fate as flash technology or intrusive ads that have also disappeared from the Internet. It will not, however, happen suddenly or unexpectedly. The expected end of the era of cookies has been delayed. Latest information suggest that the era of third party cookies will last about two more years.

It has all begun with the boom that Firefox, that blocked all third-party cookies. It compelled everyone to think deeper on the future of the advertising sector in the coming months.

Earlier we have been experiencing the foreshocks – that is, blocking third-party cookies in Safari. No one seemed to care too much then. However, traffic from Firefox is a much more serious business. While it could have been expected that Apple would make such a move, Firefox has genuinely surprised the market. Of course, it was all signalled and announced through the official channels earlier. And then Firefox started taking timid actions and slowly introduced their solution by the back door. No one has anticipated the changes to take place so quickly though. Eventually, on 3rd August, Firefox started blocking third-party cookies for all users and has changed the reality of its browser for good.

What is Chrome going to do?

As far as blocking cookies from third-party domains is concerned, the representatives of Google, which de facto offers the most popular browser in the world – Chrome, take a tone similar to Firefox and Safari. However, changes will not occur as rapidly as with Firefox and Safari; at least for now. Chrome officially announced they would keep supporting third-party cookies but on the to specific conditions. It will be possible to send cookies provided that they are marked as – same site: none and have the secure attribute. Changes start applying on 4th February. After that date cookies sent in any other way will simply disappear. It will not be a “cookie apocalypse” though. The representatives of Google announced long time ago what they were going to do and how to prepare for that so the vast majority of companies is ready for what is coming and what is more, have already been sending cookies that conform to the new requirements. That makes possible to maintain smooth operation. Waiting until 4 February to apply changes would be a business suicide.

It would be naive to believe that this state of affairs would last forever. The disappearance of third-party cookies is inevitable. We have also learnt the date when the era of cookies comes to an end. Chrome announced on its blog that they wanted to keep offering the possibility of sending third-party cookies for a maximum of two more years.

And then the actual earthquake would strike. Afterwards, the reality of the advertising world will change dramatically.

So what should we expect? Well, we are facing a journey back to the past.

All third-party-cookie-based targeting will disappear. While first-party cookies – that is, the ones originating directly from the Internet publishers – will gain significance. The publishers’ data will become even more valuable than they already are. Moreover, as far as ad server technologies are concerned, publishers may completely switch to first party. This is the solution that we use in AdOcean. Hence campaigns can be displayed almost identically as before the changes in the browsers. Obviously, some limitations apply, however, the advantages of this way of displaying ads is undeniable.

What else can be done?

Back to the past – contextual advertising

No one expects budget cuts for online advertising. This money will remain in online campaigns but it will be moved from behavioural targeting to contextual targeting. We will see the comeback of past solutions which we had already underwent. Instead of ads based on browsing history, users will get ads adjusted to the content and subject of the website where the ads are displayed on.

The largest players on the market already use this solution. Facebook and Amazon – have been working on users’ IDs. But where to get such an ID? Now, if a publisher has any online service that a user must log in to, then they have users’ IDs. It can be VoD service, mailbox or subscription. It is possible to attribute highly varied data to the IDs – such as gender, age, etc. Another advantage is that such an identifier is assigned to a person and not a specific device. That way ads are targeted at real people.

Targeting ads based on data not supplied by cookies

This is any type of targeting that is not connected with the user directly but indirectly. For example, targeting ads based on the weather, location, device, operating system...

Entities have been set up that are working on creating user IDs that will be shared by advertising platforms. One of them is DigiTrust affiliated with IAB. The idea is for the identifier to be assigned to a first party cookie and make it possible to treat it and use it as a third party one. Right now it is hard to judge whether such a solution will work on the market, especially considering the fact that Firefox has already officially announced that DigiTrust cookies will also be blocked.

What else will change?

Publishers’ data will hugely increase in value. Since they will be the ones having the broadest knowledge on the people that visit their websites. The power connected with targeting campaigns, which has been moving more and more towards advertisers and media agencies recently, will be given back to the publishers.

In the next months, the advertising market is going to undergo enormous changes. It will certainly be a challenging time. Many things will be happening and the changes will be huge. We are witnessing the end of a certain era on the Internet. We already know that it is coming and more or less when it is coming. The Internet will be a completely new place following all these changes. However, I am convinced that the online sector will change for the better just as it has changed when Flash was phased out or  when the Coalition for Better Ads was introduced.

What will replace cookies? Honestly speaking – I don't know. I think nobody knows that yet. But I’m sure the problem will be solved. It will be no different this time and all we can do is to be flexible and to adjust to the new reality. 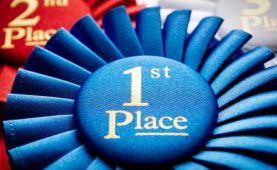