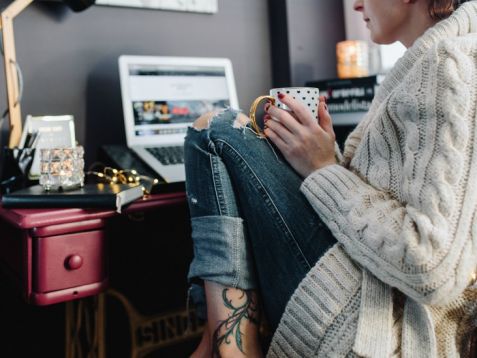 Millennials and Y generation remain to be the vital group in the media planning strategy of the biggest brands. However, with the media consumption changes it is only getting harder to effectively target them and build massive reach.

We all know the common Young Adult stereotype: they have replaced linear TV with sVOD service and user-generated-content platforms. Glued to their smartphones, they seem to be far more interested in gaming than taking up real-life sports. Single source study can provide a comprehensive analysis hence help to effectively reach young adults with all their complex media consumption patterns.

What information exactly can our study unveil about young adults? We have divided “the commercial group” 18-49 into the a younger (18-34) and an older one (35-49). In Poland, young adults watch 1 hour less of linear TV than the so-called “older” group. When you compare their time spent on Facebook or on gaming apps – the difference reveals to be not at all significant. The big game is played out between YouTube and VOD applications, so the giants of video consumption. This is the time really “taken away” from traditional TV and this is where you can add incremental reach using digital video.

As the TV times have shortened, can we just assume that this group is hard or expensive to reach via traditional TV? The group of light TV viewers (less than 1 hour daily) makes up 42 per cent of the 18-34 group. Almost half of them are extremely expensive to reach via linear TV. But is it really impossible to reach them? Absolutely not. Even if they do not own a TV set of their own or wholeheartedly declare that they do not watch TV at all, they actually do. They just do it out of home: watching a football game in a pub, eating their Sunday lunch at their parents’ place or while traveling. Every month, 35 per cent of them have at least one contact with TV out-of-home. For many of them, out-of-home contact will be their most powerful exposure to television. Totally, the out-of-home share of time among the younger group, no matter if they own or do not own their own TV at home, is as high as 18 per cent.

Among the 35-49 age group there are more who happens to watch TV out-of-home, but share of time is only 13 per cent. It happens because the average time spent on watching TV in this group is higher and share of light TV viewers is only 31 per cent, significantly less than in 18-34.

As previously mentioned, reaching Young Adults via television is tricky and expensive as 42 per cent of them can be categorized as light TV viewers. But if for a moment you imagine you have all the budgets on the market… We checked what is the summary reach of all ads broadcast in major TV stations. It is 86 per cent, and this is the maximum potential of reaching Young Adults via TV (together with OOH). If you add digital video your reach will go up to 96 per cent. But looking up close, digital itself gives you 94 per cent, meaning that it can be a perfect standalone channel to reach YA group with video ads. Mobile may be 85 per cent (54 per cent on desktop), but when you check what actually upbuilds the reach to TV, it will be PC (+10 per cent) not mobile (+1 per cent).

For any ads, including banners, the number of monthly maximum reach will be 98 per cent, thanks to higher reach and incremental on PC (+12 per cent).

What we mean by mobile here is walled garden ecosystems major apps, so Facebook, YouTube and Instagram. Facebook’s reach potential as a standalone platform is unquestionable. We have presented longer time of time spent on Facebook on the top of all mobile apps! Let’s imagine there was no Facebook. What is the unique Facebook reach we would actually lose? It might be a surprise that it is only 2 per cent less in digital video and 0,5 per cent less in video and banners together.

Next question is: what would happen without TV? After all, digital can be a standalone platform while reaching Young Adults with 94 per cent of reach (compared to 86 per cent for TV). But, bear in mind, this is the scenario assuming you have all the money on the market… With all due respect: not gonna happen. For an in-depth investigation we chose to compare the results at the campaign-level; two particular campaigns of two direct competitors. Netflix, which cannot advertise on TV vs Warner Bros seemed like a perfect pair for this expertise.

When checking the 18-34 age group we discovered that during the first week Netflix succeeded to reach 34 per cent of the target group while WB reached 66 per cent using TV and digital mix.

While analyzing monthly data, you can discover that Netflix ultimate reach was 77 per cent, while Warner Bros stopped at 69 per cent. The trick here is, the WB TV campaign lasted only one week and was just boosted with appropriate digital mix. The learning is simple: digital can build you reach on a satisfactory level, however it simply takes more time comparing to TV.

Let’s imagine Netflix added one week of TV-broadcast campaign to their digital-exclusive strategy. As a result, they would get additional reach +9 per cent. 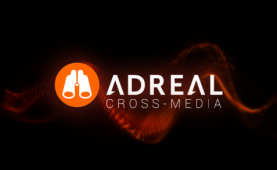 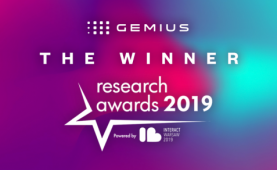