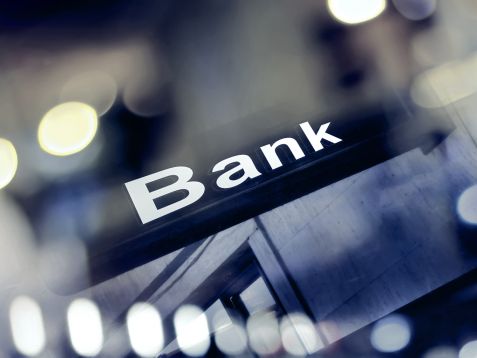 Over 153 million views for online advertising videos in the final quarter of last year – these are the figures for bank campaigns directed at Polish internet users. A Gemius study shows that the greatest number of bank video advert plays happened on Facebook, YouTube and Wirtualna Polska Group sites.

Data from the final quarter of 2016 shows that one Polish webizen in three saw bank video spots online (source: gemiusAdReal). The number of internet users who saw advertising films for banks online ranged from 9.1 million in December to 10.5 million in November. This translates to a reach of 33.3 and 38.8 per cent of those surfing the `net. The longest average advert contact time was observed in December (17.4 seconds), while in-browser advertisement visibility over the period in question was between 72 and 76 per cent.

Three banks account for half of all ad views

From October to December online video adverts were played more than 153 million times. This is a drop relative to the third quarter, when 170 million views were recorded. It turns out that over half of all views in the fourth quarter (52.3 per cent) were made up of content from just three brands: ING Bank Śląski, Eurobank and mBank. In the period in question the greatest monthly reach was for video ads for mBank. These were encountered by 16.2 per cent of internet users in October, and the average viewing time (display in field of view) was 9.82 seconds.

Marta Sułkiewicz, an expert in online video advertising at Gemius notes that the fourth quarter of 2016 was very varied. ‘First of all, there was an unusually low number of campaigns for cash loans in this period. There was more frequent advertising of mobile banking, savings accounts and personal accounts. This is undoubtedly associated with the impact of the government’s 500+ programme of child support, which has increased the potential of savings-related products. Secondly, it is worth paying attention to the launch of a new brand, Nest Bank, which belongs to FM Bank PBP, which had previously been operated as two brands – Bank SMART and BIZ Bank. The bank’s campaign started on 4 November and lasted until the beginning of January, concentrating on the Wirtualna Polska group and Interia group, while also playing out on Ipla, the Gazeta.pl group, Gazeta Prawna and the Bankier-Puls Biznesu group. The video spots appealed to traditional family values and were predominantly displayed to the 30+ age group, with an exceptionally large share of over-45s,’ Sułkiewicz adds.

‘Among the campaigns of other banks, Raiffeisen Bank’s December spot featuring “Ekskluzywny Menel” stands out. The blogger promoted a modern mobile application – mainly on Facebook and TVN, but also on Ipla, WP and Onet. And with this, the use of “influencers” has crossed over into the finance sector for good. Meanwhile, on YouTube, a two-minute film on the history of the bank was more frequently promoted,’ the expert explains. ‘It’s worth taking a look at the campaigns of Eurobank. Besides the loans campaigns with Piotr Adamczyk which we know from television, we see ads for personal accounts in the square format typical of mobile devices and the hashtag #wartoczekać (meaning “worth the wait”, but we shall have to wait and see what for). Extra-long video versions, i.e. over a minute long, and non-standard shorts lasting only 12 seconds have been run on YouTube and Facebook. It is pleasing to see the usually conservative finance sector exploiting the latest trends from the borders of marketing content. In December, ING Bank Śląski pulled into the lead, having for the entire quarter devoted a constant level of intensity to its promotion of the “My ING” series of adverts known from television.’

In the rankings of which publishers’ sites show bank video adverts most frequently, Facebook is king. Its quarterly number of started plays exceeded 36.4 million, while YouTube had 27.2 million views. Third place went to websites of the Wirtualna Polska group. Bank video ads there were run 20.4 million times. It is worth highlighting the fact that the three aforementioned sites constitute over half (54.8 per cent) of all banking sector online video views in the fourth quarter of 2016. 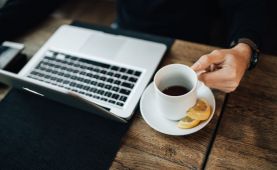